About The Whole Time Director & CEO

Mr Patra’s illustrious career combines a most outstanding tenure with the Government of West Bengal and thereafter in multiple leadership roles across reputed Indian and multinational business conglomerates.

He joined Mitsubishi Chemical Corporation as Joint Managing Director. He was the Executive Chairman of MCC when the management transitioned to TCG in 2016.

Since November 2016, he has been spearheading the revival of MCPI’s business as the Whole Time Director & CEO. Mr Patra’s leadership acumen has offered a strategic impetus to the organic and inorganic growth of the company and its recent foray into Polyester downstream.

In 2003, Mr Patra opted for a voluntary retirement from Administrative Services and joined MCPI as Joint Managing Director. In 2009 he joined Indian Power Corporation Limited (IPCL) as Managing Director. He returned to MCPI in July 2010 as Executive chairman.

Mr. Patra’s brilliant IAS career can claim many laurels – i.e., successful reconciliation of the GNLF agitation in Darjeeling leading to the historic Tripartite Accord in August 1988; dynamic initiatives in infrastructure development in Kolkata (1989 – 1994); significant contribution to the industrial resurgence of West Bengal (1994 – 2001); major facilitator for the growth of West Bengal as a hub for IT industries and a destination for IT and ITeS investments (2001 –2003). 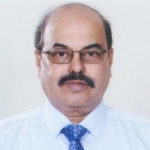 Mr. Mishra has over 40 years of rich experience in various Refining and Petrochemical process operations, Corporate Planning, Optimisation of supply chain, Project evaluation and implementation. Prior to joining MCPI, he was employed with Indian Oil Corporation for 34 years in various capacities and was last posted at Haldia Refinery as Executive Director. He holds a degree in Chemical Engineering from NIT Rourkela. 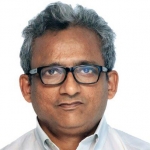 Mr. Dasgupta is one of the key members responsible for the growth of the company. He has over 30 years of experience in Commissioning and Operation of Chemical Plants, Quality Assurance & Laboratory, Procurement, IT, and HR. Prior to joining MCOI, he was employed with ICI Limited, Gujarat Heavy Chemicals Ltd, Kesoram Industries Ltd. and was last posted at Kesoram Industries Rishra Plant as Factory Head. He holds a degree in Chemistry from Calcutta University, B.Tech in Polymer from Science College, Calcutta, and a Post Graduate Diploma in Business Management from the Institute of Modern Management, Kolkata. 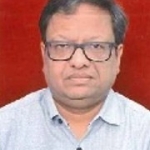 Mr. Darolia is a part of the core team responsible for the growth of the company. He has been with this company since 2019. His area of expertise includes corporate finance and strategic investments. Prior to his joining in MCPI, he was employed with Haldia Petrochemicals Ltd., RPG Enterprises Ltd. and TCG Urban Infrastructure Holdings (P) Ltd. He has earned his CA from ICAI, CS from ICSI and his Bachelor of Commerce from St. Xaviers College. 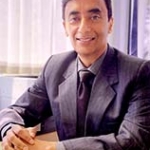 Mr. Pandya is currently responsible for the financial management of the company. He has over 20+ years of experience in finance. Prior to joining the company, he was employed with DSP Merrill Lynch, ITC Classic Finance, Institute of Molecular Medicine and Chatterjee Management Services Private Limited. He holds a bachelor’s degree in chemical engineering from the Indian Institute of Technology, Kharagpur and Post Graduate Diploma in Management from Indian Institute of Management, Bangalore, India. 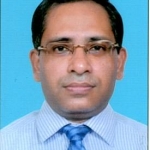 Mr. Duttagupta is responsible for the information technology management of the company. An industry veteran with over 25 years of experience, he has held senior positions at Reliance Industries Limited, Rolta India Ltd., AEGIS Ltd., CRM Trilogix Inc. He holds a Post Graduate Diploma in International Business from IIFT, Delhi and Master of Engineering from Birla Institute of Technology, Mesra, Ranchi. 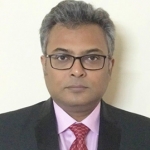 Mr. Bhowmik has over 20 years of experience in PTA plant operations, design, construction, commissioning, stabilization, optimization, and debottlenecking. He has worked for 2 years at Mitsubishi Chemical Corporation Technology Center, Kurosaki, Japan for designing PTA plants. He holds a degree in Chemical Engineering from Jadavpur University, Kolkata. 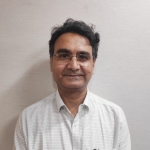 Mr. Dasmal has over 25 years of experience in mechanical maintenance, debottlenecking, condition monitoring of rotary & static equipment, preventive maintenance and TPM (Total Productive Maintenance). Prior to joining MCPI, he has worked with H. L. Malhotra & Sons Ltd. and Consolidated Fibres & Chemicals Ltd. He holds a degree in Mechanical Engineering from B. E. College, Shibpur. 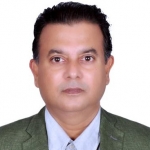 Mr. Pal has over 23 years of experience in Power and Utilities in the Polyester and Chemical sectors, with cross-functional exposure in Operations, Projects, Safety, Environment and Quality. He has worked for 2 years at MCC Technology Center, Kurosaki, Japan. Prior to joining MCPI, he was employed with Sanghi Polyesters Ltd, and Raymond Synthetics Ltd. He holds a degree in Mechanical Engineering from Government Engineering College, Jabalpur and a Post Graduate Diploma in Management and Entrepreneurship from Jadavpur University, Kolkata.

Our commitment to the Environment is defined by strict compliances to ‘environment’ norms. The statutes of the Pollution Control Board and those of the Ministry of Environment are strictly adhered to in our business operations.

Some of the salient features of our Environment Management System are:

We practice and propagate ‘Safety First’. MCPI subscribes to the highest international standards of safety. MCPI’s Safety Management System applies to both its direct as well as contractual employees. Initiatives directed towards strict compliance of Safety norms are conducted across the year- eg Safety Training and awareness campaigns.  Efforts are always underway to mitigate ‘risk’ at workplace and minimize ‘incidents’ of injury and hazard.

Some Of the Salient Features of Our Safety Management System Are:

A most efficient Health Management System governs our workplace health and safety. A well-appointed Occupational Health Centre offers round the clock medical service including emergency treatment. The Centre also performs a host of activities to promote and protect employee health. 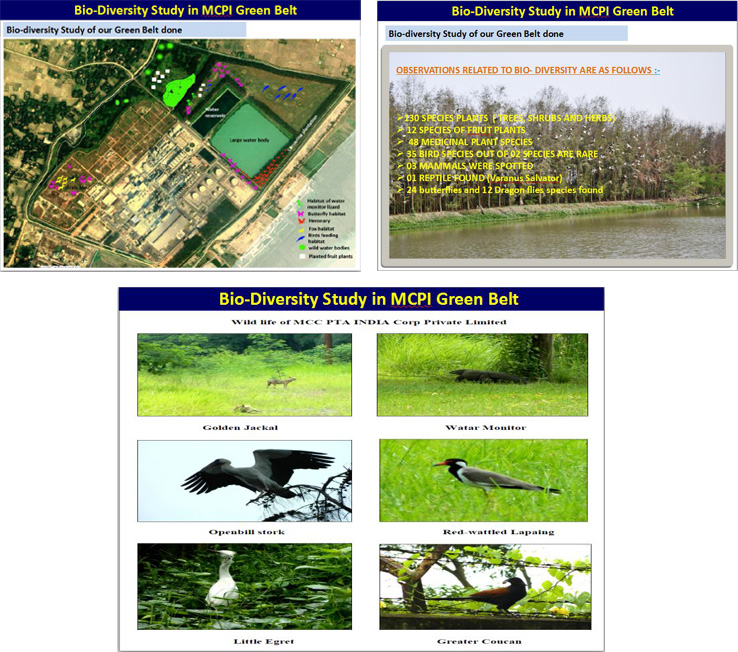 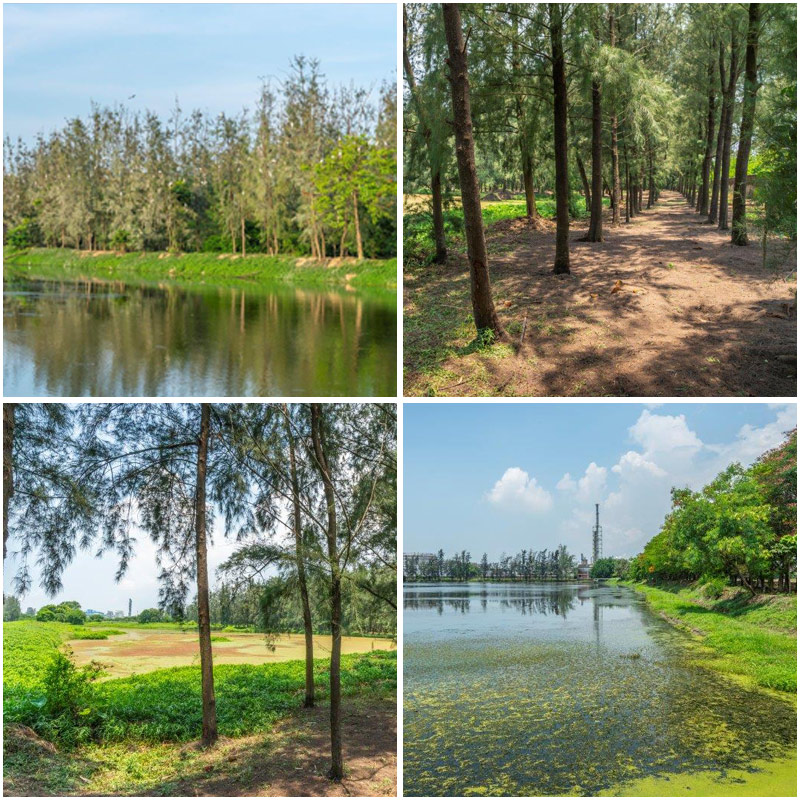 We at MCPI, attach high priority to Safety & Environment Protection and equally value it at par with other primary business objectives.

We strongly believe that all industrial accidents are preventable, loss of containment can be eliminated and generation of waste can be minimised. Having “Responsible Care attitude”, we declare that Our commitment to faithfully incorporate the principles of Responsible care into our Environment and Safety policies. 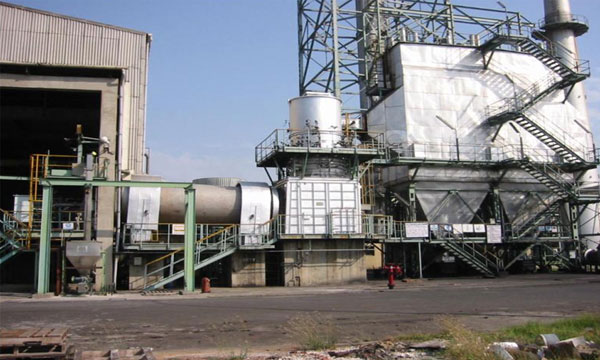